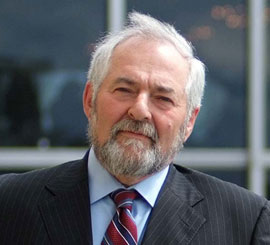 As a Washington personal injury lawyer for more than forty years, I’ve had the opportunity to represent clients in a wide range of cases. While some of my personal injury cases have resulted in large settlements and awards, my focus has never been about the dollars – it’s been about helping people get what is fair.

In serious personal injury cases, the defendants and their insurance companies are often represented by teams of lawyers. Insurance companies aren’t interested in doing the right thing – they care only about paying out as little as possible, as late as possible. To help them avoid paying what they (or their clients) legitimately owe, they often hire high-priced lawyers to fight for them. While only one or two lawyers may appear in court, often there are many more lawyers behind the scenes.

In some cases, insurance companies pay lawyers far more than what they could have paid the person injured to settle a case. This strategy may work well for them, as they know that if they drag out cases long enough, most of those injured will be forced to accept a low settlement because of their financial circumstances.

Their strategies often include blaming the victim, questioning the legitimacy of injuries, and engaging legal tactics to avoid liability. Even for their own policyholders who have faithfully paid premiums for many years, insurance companies will often do whatever they think they can do to avoid paying a large claim.

This is not right.

The injured deserve fair compensation from those causing injury. Insurance policy holders deserve to be paid for legitimate claims.  I work to make this happen.