Car crashes, other injuries, and wrongful death can happen in a second. We help injury victims and their families seek a full recovery from all those responsible.

We hold the State of Washington accountable when their negligence results in horrific foster care abuse, including physical and sexual abuse and wrongful death.

Do I Have A Case?

Call us today for a free case evaluation. We accept injury cases on a contingency fee basis, meaning that there is no fee unless you recover.

Our team of experienced attorneys advocate for those who have been injured by the acts of others.  At Ressler & Tesh, we handle a variety of cases, including cases involving childhood sexual abuse, motor vehicle collisions, and wrongful death.

Our goal is to hold all defendants accountable for their actions by recovering full and fair compensation for our clients. We work on obtaining the compensation you deserve while you work on getting well.

Located in historic downtown Issaquah, our team works hard every day to obtain justice for each of our clients.

What Our Clients Say

Tim Tesh’s office handled our PI case with expert care from start to finish. His office obtained a settlement that was much higher than expected.

Tim took on my case and helped me through a very scary and difficult time. I was hit by a car while on my Scooter. It was the other drivers fault. I was hurt badly and missed over 1/2 year of work. I always felt like they were in control of everything, and I didn’t have to worry about a thing. Very happy with how they handled everything.

Tim handled my personal injury case very well. He stayed in contact, kept me informed and didn’t let the insurance company run me over. I would absolutely retain Tim again.

I met and hired Tim about 2 years ago. My neighbors dogs had attacked me and ruined my left hand. After trying to work with the insurance company. I was frustrated and in a lot of pain . If you want someone who will fight for and take care of you like Family, do the beat thing ever for yourself and talk to Tim. 🙂

I have worked with Tim as an expert and as a lawyer and I have always learned something new from him in how he approaches his cases and deals with his clients. I have also referred family and friends to him and he has always achieved great results. 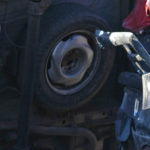 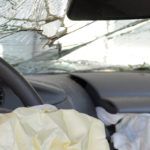 Can I Sue the US Government in a Car Accident or Injury Case? 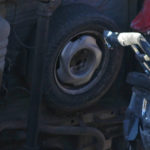 Are Companies Liable for Car Accidents Caused by their Employees?

Settlement with a hospital for minor who suffered a permanent traumatic brain injury. This is believed to be the largest settlement for a single individual ever in the State of Washington.

Resolved a claim of a foster child against Washington State Department of Social and Health Services for $19,300,000. This is the largest single plaintiff settlement against DSHS.

Settlement with DSHS/State of Washington for the abuse of five foster children and doctors who failed to report the child abuse, including a child who died of starvation/dehydration on his seventh birthday. This case created new law in the Washington Supreme Court. Beggs v. State, Dep’t of Soc. & Health Servs., 171 Wn.2d 69 (2011).

Settlement for four children DSHS failed to remove from an abusive home.

Settlement with DSHS/State of Washington for four foster children sexually and physically abused by their adopted parents.

Resolution with DSHS/State of Washington for two children who were physically abused and starved by their parents.

Settlement with DSHS/State of Washington for the sexual abuse of a minor who sexually abused by a registered sex offender after DSHS failed to do a background check on the abuser and therefore did not know that this young child was living with him.

Settlement with DSHS/State of Washington for the sexual abuse of a minor in a foster home.

Settlement with a religious institution for two brothers sexually abused at a private high school in the 1970s.

Resolution for the estate of a teenage girl killed in a semi-truck vs. car accident.

Resolution against a bar that over-served a man who went on to run into another car, causing serious injuries to the driver of that car.

Policy limits for a man hit by a car while driving a motorcycle.

Resolution for a man hit while crossing a crosswalk.

Settlement with a nursing home for allowing an elderly patient to fall resulting in a broken hip.

Policy limits for man hit by car in crosswalk.

Settlement with a hospital for leaving a surgical sponge in a patient.

Settlement for a man molested at summer camp in the 1970s.